The NPA holds the Medication Safety Officer (MSO) role for all community pharmacies in England with fewer than 50 branches. Here are some of the findings from the July to September (quarter three) report. 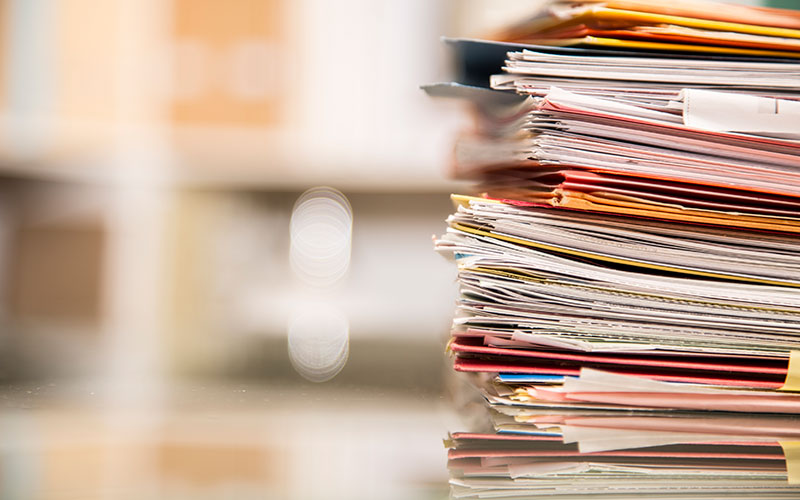 The NPA holds the Medication Safety Officer (MSO) role for all community pharmacies in England with fewer than 50 branches. Here are some of the findings from the July to September (quarter three) report.

There was a 25% increase in the total number of patient safety incidents reported in quarter three of 2019, compared to quarter two.

A total of 92% of incidents originated from the pharmacy. There were 5% of errors reported that were prescribing errors – this is a 3% increase from quarter two. It is important to report prescribing errors because increased reporting allows identification of trends and increases learning. The most common type of error reported during quarter three was “dispensing error”, which accounted for 86% of all reported incidents.

The main categories of error reported were those involving medication errors such as wrong strength, drug or formulation. These accounted for 62.7% of errors.

Errors involving insulin were reported in both the “wrong drug/medicine” and “wrong formulation” categories. “Wrong formulation” incidents were mainly due to pre-filled pens and cartridges being mixed up. There have been multiple “wrong drug/medicine” incidents reported with different brands of insulin. Insulins should be prescribed by brand name as different brands often have different instructions for use and therefore patient training is required.

The table, below, shows which insulins were dispensed in place of each other over quarter three.

Degree of Harm Caused to Patients

The degree of harm caused to patients reported as “none” (56%) and “near miss’ (30%) continued to make up the majority of reports.

The data reported over quarter three highlighted both good and poor reporting. All the reports submitted where the degree of harm was reported as “death” or “severe” were incomplete. This meant that no analysis could be undertaken on the root cause of these incidents or follow up with the pharmacies. Due to the poor reporting, it is not known if these incidents actually caused death or severe harm or if reports were completed incorrectly. When documenting the degree of harm caused to patients, the actual degree of harm should be documented, not the potential harm that could have arisen. 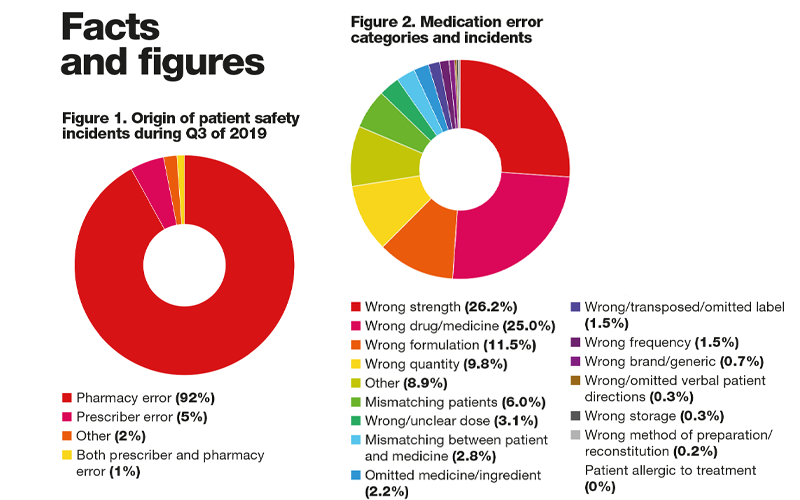 Self-checking is defined as a pharmacist carrying out all steps in the dispensing process themselves, including the clinical check of the prescription and accuracy check of the assembled items. There was a 1% decrease in the number of errors reported which involved a pharmacist self-checking compared with quarter two.

Refer to the NPA “dispensing process – best practice guide” that includes guidance for self-checking prescriptions. It is on the NPA website.

“LASA” (look-alike, sound-alike) at 23.6% was the second largest contributing factor to errors reported.

The reclassification of these medicines as schedule 3 controlled drugs may have raised awareness of reporting and may be contributing to the large number of incidents reported where these two medicines have been mixed up. There have been reports of severe harm. 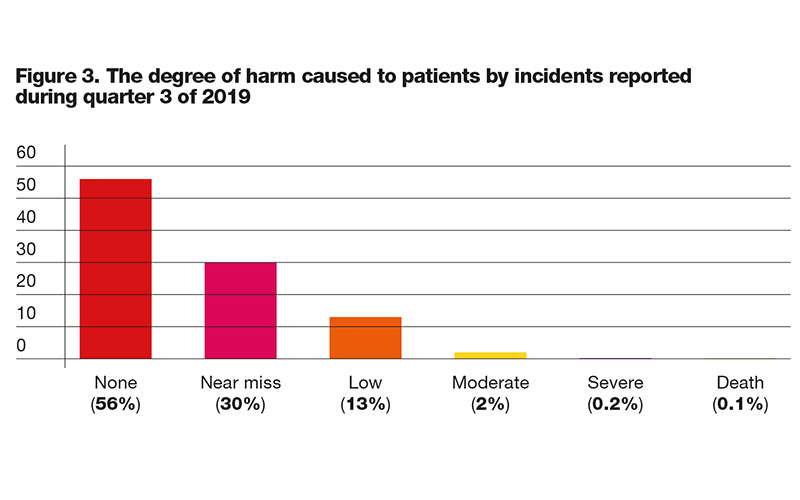