NPA Director of Pharmacy, Leyla Hannbeck, is the Medication Safety Officer (MSO) for all English pharmacies with fewer than 50 branches. Here are some of the findings from the October to December (quarter 4) report. 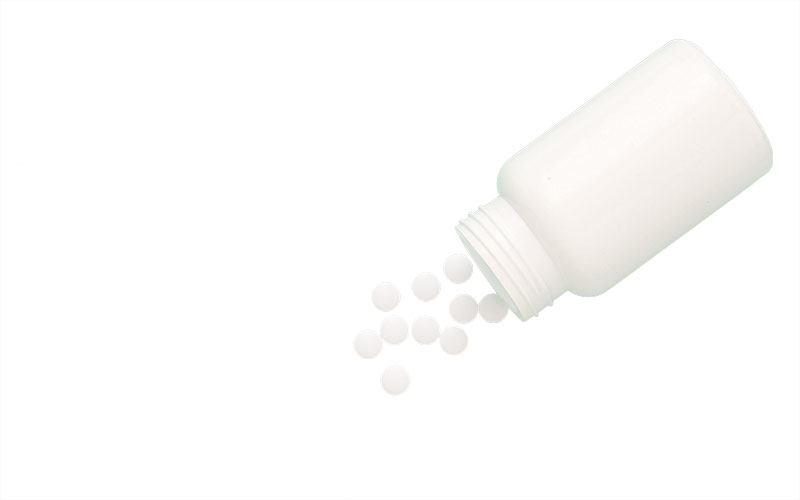 NPA Director of Pharmacy, Leyla Hannbeck, is the Medication Safety Officer (MSO) for all English pharmacies with fewer than 50 branches. Here are some of the findings from the October to December (quarter 4) report.

Although the majority of the errors originated from the pharmacy,  3% of the errors reported were due to prescribing errors, especially after patients are discharged from hospital and their current prescription does not reflect changes made by the hospital.

Please be aware if the “wrong strength” or “wrong formulation” has been selected, it is not considered a LASA error. The most common LASA errors reported in Quarter 4 of 2018 in the “wrong drug/medicine” category are listed in the table.

The Community Pharmacy Patient Safety Group also highlighted a LASA error involving similar packaging of Sereflo inhaler (fluticasone/salmeterol inhaler CFC free) in the strengths of 125mcg and 250mcg manufactured by Cipla (UK) Ltd. The outer packaging for both strengths is almost identical in colour with a difference in the darker shade of purple tones for the higher strength. Following feedback from the NPA, MHRA said it is investigating the Sereflo issue and will be alerting manufacturers about their poor strength differentiation.

A child was given olanzapine orodispersible tablets instead of omeprazole dispersible tablets, in a rare yet serious LASA error. This led to hospitalisation after the child displayed signs of drowsiness following ingestion of three tablets.

Work and environment factors (47%) increased by 2% compared to Quarter 3 of 2018. This was because pharmacists were undertaking all tasks themselves. 21% of such incidents reported were due to staff shortages, leading to the pharmacist to solely carry out the dispensing process and self-checking. A total of 22% of self-checking incidents were where the “wrong strength” was dispensed.

Errors resulting in “none” (58%) and “near miss” (30%) continue to be reported and these made up majority of reports. An incident which resulted in “severe harm” involved a patient being given an antibiotic (co-amoxiclav) and developed a skin rash, even though it was known to both the prescriber and pharmacist that the patient was severely allergic to penicillin. 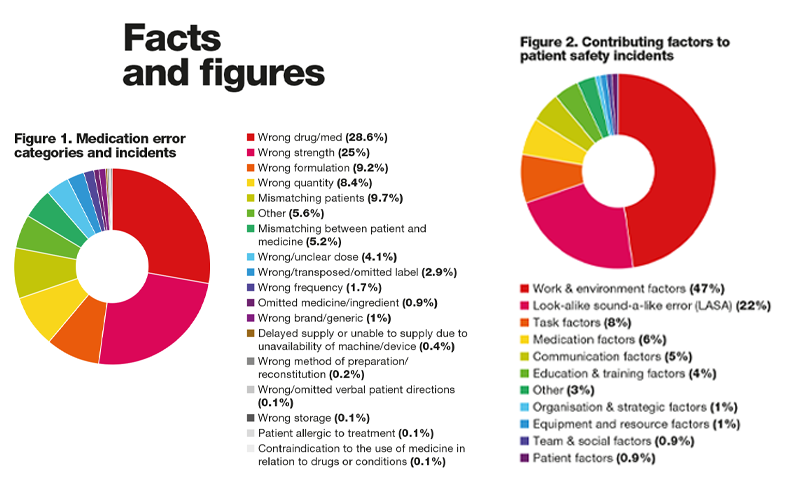 For the second report running, we have seen a high number of patient safety incidents relating to the NHS flu vaccination service 2018-19. It is prudent that all pharmacists undertaking the service read and understand what is outlined in the NHS flu Patient Group Direction (PGD) and service specification. This quarter, there were two incidents following Fluad being administered to multiple patients under 64 years of age, and multiple flu vaccines being administered to the same patient.

Delivery errors accounted for 5% of incidents reported. This was a 2% increase from the previous quarter, which could be due to a higher number of patients preferring delivery over collections, and pharmacies delivering medicines, in the colder weather.

Prescriptions written generically for beclometasone and fluticasone inhalers have led to an increase in patient safety incidents with the nasal spray being dispensed instead and vice versa.

A handwritten hospital prescription for four bottles of Travatan eye drops for a duration treatment period of four months was received. Halfway through treatment, two bottles expired. When the pharmacist re-ordered, they received another set of very short-dated stock.