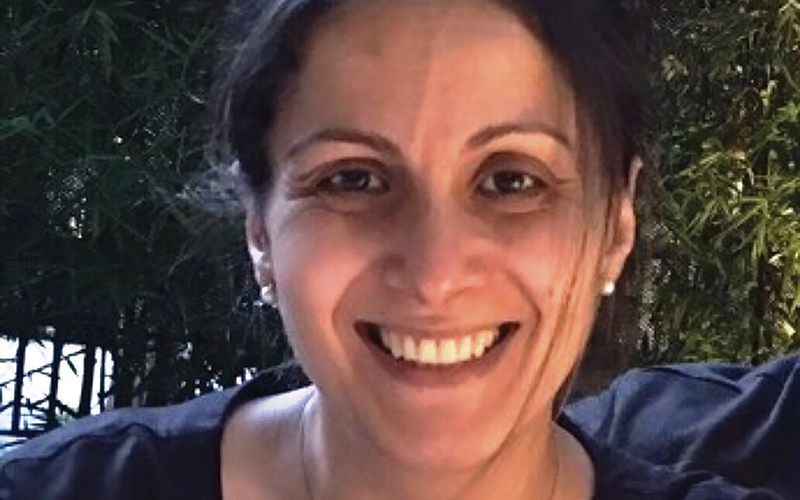 A professor at Kingston University London, Reem Kayyali has been researching digital innovation and behavioural change in the shifting public perception of community pharmacies.

“Public health is the future of community pharmacies when you look at the range of health issues we face,” says Professor Reem Kayyali from Kingston University London. “Cardiovascular disease is a big killer and we have an obesity problem. In the future, we would like pharmacists to be working on health issues such as mental health and dementia.”

But how do you shift public perception of community pharmacies from somewhere you go to collect a prescription, to a hub where you can access a range of health services? Reem, whose research interests focus on public health and medicines optimisation, has been evaluating the use of innovative technology to streamline and optimise public health for the last seven years.

She says: “Our findings show that people prioritise online sources of information rather than going to a health professional. They will still go to the GP for serious matters, but they will use the web for minor health issues. Community pharmacies should use digital mediums to make their services more accessible to everyone and to spread the message about the scale of services they offer.”

“When we talk about digital innovation it’s about increasing our visibility and reach with the public.”

Reem and her colleagues have been exploring the concept of using social media to deliver public health campaigns. A survey among community pharmacies in Greater London showed there was a willingness among pharmacy staff to use social media platforms (there were 248 responses in total).

Reem says: “We will be piloting a weight management service in southwest London from this summer. Rather than asking patients to come in for regular appointments, pharmacists can use social media to send motivational advice and ask people to send in their measurements online. We know from smoking cessation services that group activities are more effective, as people find motivation from their peers.”

The second technology that the team has been studying is a digital device that you put on top of an inhaler to assess whether a patient is using it correctly. Respiratory patients use the device at home and the pharmacists receive the feedback and help them to improve their technique.

Reem says that although pharmacists are open to new ideas, they are worried that technology might not be working for older people. “We’ve found a trend that people younger than 35 are more accepting of social media as a tool for public health, but I think it’s a misconception to assume someone who is older will be against technology. With the inhaler device for example, pharmacists were worried older people might not understand the feedback, but we had a positive response from patients.”

As Reem points out, face-to-face consultations still have a role in a community pharmacy. “Whether you’re older or younger, sometimes you will still want to visit your pharmacist and build a rapport with them. When we talk about digital innovation it’s about increasing our visibility and reach with the public. We’re not replacing anything or losing anything.”

To implement new technology, it’s important that pharmacy teams have a good level of digital literacy, Reem says. “Our findings show that although pharmacies deem themselves to be digitally literate, this doesn’t translate into using technology with the public. They are used to using it for their own personal use.

“Pharmacy teams have said they need more training and guidance on how to use the different social media platforms and to determine which mobile health apps to recommend to the public. That’s one of the things they wanted some education on, and this needs to start being integrated from a younger age to build that confidence.”

The research into digital innovation in public health stems from the department of pharmacy’s efforts to embed technology into students’ education. Reem explains: “We now have a new generation of students who are digital natives. You can’t keep using the same old methods of teaching and presume they will work for that generation.”

“Whether you’re older or younger, sometimes you will still want to visit your pharmacist and build a rapport with them”

Five years ago, students were tasked with using social media to run public health campaigns on campus, to prepare them for their future role as community pharmacists. The campaigns have been extremely successful, says Reem, earning them a shortlist at the Chemist and Druggist Awards in 2016 and a huge global following on Facebook and Instagram. “We thought if a student-run campaign was gathering that much attention and so many followers, why couldn’t pharmacists run their own public health campaigns on social media.”

As well at looking at the role of digital innovation, Reem and her colleagues have explored the behavioural traits of pharmacists and whether certain characteristics can act as a hindrance to change.

“A report from Richard Murray, published in 2016, stated that one of the barriers to change in the pharmacy setting is the behaviour of pharmacists. In the report he said they are ‘risk adverse’ and ‘resistant to change’,” explains Reem.

As part of their studies, Reem and her colleagues looked at Canadian papers written by Michael Rosenthal, which used a psychological tool called the “Big Five Inventory” that characterises people’s traits. “The Canadian papers and our preliminary research show that pharmacists are mostly conscientious and agreeable. While these are fantastic qualities, we found that people are sensitive to starting conversations with people about topics such as mental health. This means they are being reactive rather than proactive in their approach with the public.

“We need to be more assertive and determine our own future as community pharmacies. By being sociable and talking to people we might have a bigger impact on public health. Pharmacists can google the tool
and then they can score themselves.”