Changing the outlook for pancreatic cancer 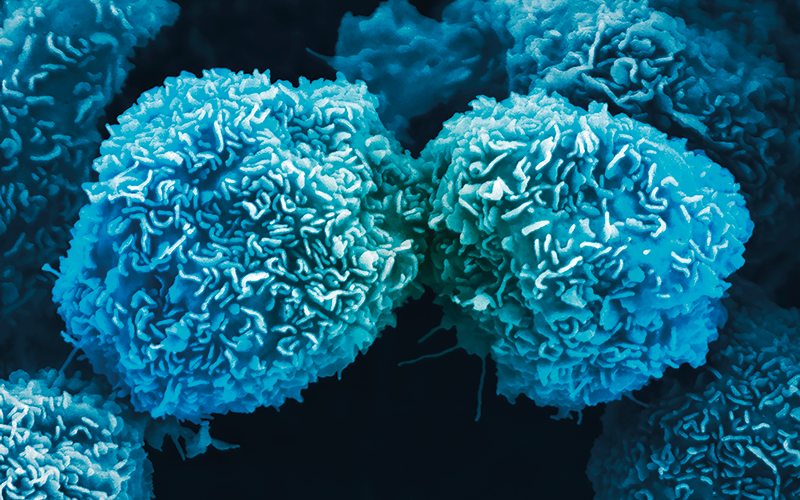 The UK’s survival rate for pancreatic cancer is one of the lowest in the world. To tackle this, Pancreatic Cancer Action is supporting pharmacists to spot the symptoms in a bid to increase early diagnosis of the disease.

Ali Stunt, who set up the charity in 2010 following her own diagnosis of pancreatic cancer three years earlier, says pharmacists play a key role in helping to improve survival rates.

The Founder and Chief Executive says: “Long waiting times for routine GP appointments can put people off and they think ‘I’ll just put up with it’ and time passes them by. Pharmacists have a wealth of knowledge and their training is rigorous. By providing them with resources and information, they can spot someone who might have pancreatic cancer and refer them onto a GP as soon as possible.”

But it’s not just about supporting pharmacists to spot the signs, adds Ali. “Pharmacy support staff have a relationship with customers and might see some of them on a weekly basis. For example, they might notice Mr Jones has been buying an awful lot of Rennie recently (resistant dyspepsia is a symptom of pancreatic cancer). They can have a word with the pharmacist who can dig a little deeper to see whether something else might be going on.”

Tools and resources for pharmacists

Since the end of 2017, the charity has given pharmacists and support teams access to a free CPD e-learning module to help them learn more about the disease. The tool – which has been accessed by around 1,000 pharmacies across the UK – covers facts and statistics about pancreatic cancer, the role of pharmacies in spotting pancreatic cancer, and signs and symptoms and how to spot them. It also explains what the pancreas does, risk factors for the disease and common medications people who may be showing signs of the disease might be taking.

The organisation also sends out resource packs and literature to pharmacy teams to provide them with information about pancreatic cancer.

Ali says that pharmacies are working hard to raise awareness of pancreatic cancer. One of these pharmacies is Bedminster Pharmacy in Bristol, where pharmacist Ade Williams works. For the past three years, Ade and his team of four have been promoting the charity’s work and spreading the message among health professionals and the public.

Ade says that following the death of a patient in 2018, the pharmacy team has been doing more work to increase community awareness of the disease. “It’s not just the clinicians who need to know. We educate communities about the symptoms and let them know the role pharmacies play in helping people to differentiate between self-limited conditions and more serious ones. We want people to know it’s ok to come and speak to us.”

The team was awarded the Turn It Purple Pharmacy of the Year award in 2017 for its efforts to promote the charity’s annual Pancreatic Cancer Awareness Month in November. Ade also became the charity’s pharmacy ambassador in 2018, to raise awareness of the disease among pharmacists and other primary care professionals.

But it’s not just about highlighting the disease during the awareness month. Ade says: “The key is how
you embed pancreatic cancer awareness into every part of your patient care, making every contact count. The training module gives pharmacists and their teams the information to help decide whether a patient’s symptoms may be worth following up.”

He adds that it’s important to also raise awareness of the risk factors. “It’s about educating people on health and lifestyle choices that could lead to the disease, such as obesity.”

There’s still a lot of work to do to change the odds. Twelve years since her diagnosis and Ali is one of a small group of people (one percent) who survive the disease beyond 10 years. Ali says: “My ambition is that every single pharmacy in the land has at least one of our resource packs and has accessed our e-learning module.”

In 2020, the charity is planning torun a campaign in Scotland and Wales to promote pancreatic cancer among pharmacists, GPs and the public – rather than targeting the different groups in isolation. The charity feels a multi-targeted approach is effective, as it means everyone in the primary care pathway is aware of the symptoms.

A pilot has been carried out in Northern Ireland with symptoms advertised on the back of buses, at bus stops and other outdoor media. Resource packs were also sent to pharmacies and GPs, as well as a public facing poster for waiting rooms in GP surgeries. Meanwhile, information about pancreatic cancer was placed on 80,000 pharmacy bags.

Common symptoms to look out for