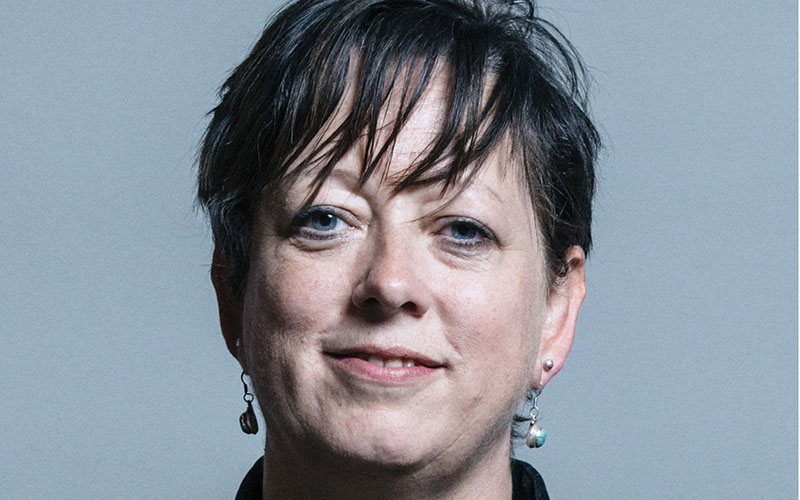 Newly elected chair of Parliament’s All Party Pharmacy Group, Jackie Doyle-Price MP tells us how she plans to support community pharmacy and why – particularly in light of COVID-19 - pharmacy will have a growing role in public health.

It’s perhaps easy for the public to view politicians as people who have special skills at hedging their bets, but that’s certainly not the impression anybody gets from Conservative MP Jackie Doyle-Price. When it comes to matters of national health, this daughter of South Yorkshire is very happy to put her cards on the table.

“We measure everything in inputs: how much money are we putting in? How many doctors or nurses are we hiring? But that doesn’t tell you anything about health outcomes.

“We should be focusing much more on outcomes rather than 50,000 new nurses or 40 new hospitals. That’s meaningless – what really matters is whether we’re getting better health outcomes for people,” says Jackie.

“Pharmacy is very much part of that. In fact, it’s the NHS’s frontline, but it’s not often seen that way. I’ve always felt that pharmacies were a missed opportunity in terms of delivering better health care and better prevention.

“Community pharmacies have been absolute heroes. At a time when other health settings have been shutting down, pharmacies were there and were open”

“Prevention should be at the heart of our health policy but, inevitably, we end up using sticking plasters and spending all our money on acute health care and neglecting an area where we could do things in terms of prevention.”

Although born and raised in Sheffield, Jackie has been the MP for Thurrock in Essex since May 2010 when she took the seat from Labour with a majority of just 92 votes.

Holding onto the constituency in all three general elections since, Jackie has served on the House of Commons Public Accounts Committee, been chair of the All Party Gurkha Welfare Group and was Parliamentary Under Secretary of State for Mental Health, Inequalities and Suicide Prevention. On July 14 she was elected as chair of the All Party Pharmacy Group (APPG).

“The APPG is the platform through which pharmacy can speak to government. With some of the issues that the sector is currently worried about with regards to funding and so on, we can be part of the conversation with government and the NHS to make sure those issues are addressed satisfactorily,” says Jackie.

“The role of the APPG is also for Parliament to meet pharmacy. You will find that MPs are hugely interested and supportive of their local pharmacies and I want to work with the sector to make more of that. I think we could do a lot to educate my fellow Parliamentarians about what pharmacies can do,” she says.

“There are so many additional services that pharmacies are involved in delivering, and they can be very innovative. We need to encourage the health care establishment to work with that capacity for innovation.”

With the direct and indirect effects of COVID-19 likely to be with us for the foreseeable future, Jackie believes pharmacies have an increasingly important role to play in delivering both services and information.

“We’re going to get to a crunch point where the political leadership will need to give some very clear messages to the public – notwithstanding lockdown being eased. We’re still all in this together and we still have to work collaboratively. We need to fully use the pharmacy sector to deliver that message. And then, obviously, we’re going to have a big flu-vaccination programme in the autumn and pharmacies will have to be at the front end of doing that,” says Jackie.

“GPs can feel threatened when pharmacies come up with innovation, so CCGs have really got to knock heads together”

The pandemic has put many public health issues in stark relief and Jackie believes this could be the catalyst for a re-imagining of what she calls the ‘health care establishment’ which may see pharmacy adopting a greater role.

“I think there is a very clear message for Clinical Commissioning Groups (CCGs). Often, GPs see themselves in competition or can feel threatened when pharmacies come up with innovation, so CCGs have really got to knock heads together because we’re not going to make the most of our local health resources if we’re going to have this siloed competition between GPs and pharmacies,” she says.

“We need to have some very serious conversations about what GPs can let pharmacies get on with while they’re delivering appointments to patients. For example, if we do move further down the road of teleconsultations, with community pharmacies having such strong relationships with their individual patients, they may be the sector best placed to deliver it.

“I think the biggest problem with the way the health system works is that it is very siloed: everyone seems to be jealously guarding their own bit of the system and the patient loses out. If we could have a genuinely patient-centred health service that looks at the patient holistically, that would be the Holy Grail.”

This isn’t just wishful thinking. Jackie believes the recent performance of community pharmacies during a period where the NHS has been under particular strain shows just how much potential there is in the pharmacy sector to help bring about that ‘Holy Grail’.

“I am full of admiration for what community pharmacies have done during the COVID-19 pandemic and I think their role has been a little unsung, but I hope that will change.

“It was very welcome to see the Secretary of State addressing the NPA conference and I hope that it is an indication that ministers and government will properly recognise the role that pharmacies play,” she says.

“In these past few months, community pharmacies have been absolute heroes. At a time when other health settings have been shutting down – GPs specifically – the pharmacies were there and were open. They’ve also been at the frontline of delivering medicines to people who were shielding.