COVID in the countryside 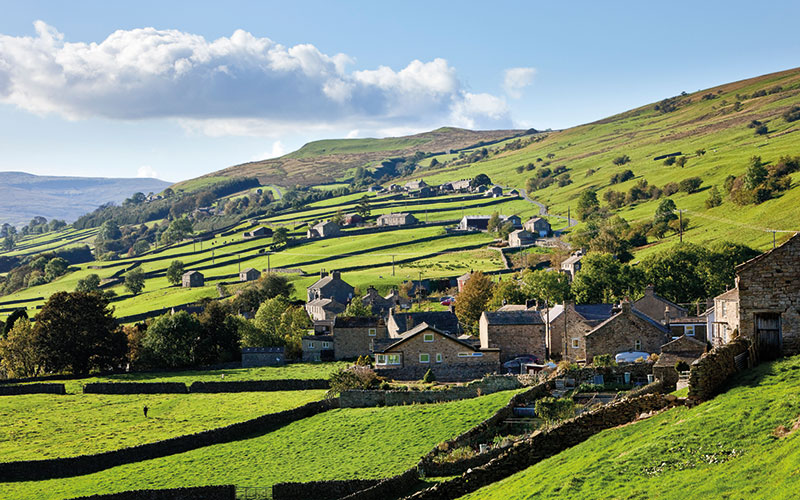 For many communities the rural pharmacy has become the most important place in the district. We consider how these unheralded outposts have become heroes during the current crisis.

With reports that GPs were seeing just seven in every 100 patients face-to-face because of coronavirus, the role of the pharmacist has become even more important. And, for those living in rural communities, their function has become a crucial lifeline in many respects. In fact, to many living in isolated areas, their local pharmacy has taken on critical importance, as it is often one of only a handful of healthcare providers in a community battling against a global pandemic.

“The crisis has demonstrated the huge value of a genuine community pharmacy where you know the people and you can work with them and there is a relationship between the pharmacy team and the locality,” says Simon Butterworth, Superintendent Pharmacist at Collins and Butterworth Ltd pharmacy in Hawkshead, Cumbria.

“Part of it has been us just being a reassuring, professional and contactable presence for people. I certainly think we’ve become a closer-knit community because of it.”

For the first few weeks of uncertainty during the lockdown rural pharmacies experienced unprecedented demand on their services. But for Simon another, unexpected layer of pressure was added thanks to the splendid isolation of his location.

“We had a massively stressful couple of weeks with the local population requesting more prescriptions and people wanting vast quantities of paracetamol, hand sanitiser and face masks,” he says.

“But the big factor for us was lots and lots of people decided they could run for the hills and live in the Lake District in a campervan for several months, while others came up to their holiday homes.

“So we suddenly got prescriptions appearing from all over the country. We had no idea who these people were, where they came from, how to contact them… the prescriptions just appeared.”

“We need to get our message across.It’s vitally important to engage the pharmacy profession at an early stage in the planning for these kinds of situations”

Another factor was delivery. Simon and his team can sometimes travel up to 20 miles for their deliveries, which would obviously be time consuming on a day-to-day basis, let alone in the midst of a pandemic pushing demand through the roof. But, thanks to their position in the heart of the community, a lot of goodwill was sent their way by locals.

“We have a driver who stepped-up and agreed to do a couple of extra days a week and we had a lot of people coming forward to volunteer,” he says.

“We used the NHS volunteer scheme via the GoodSAM app which has its pros and cons because you have no control over who turns up. But every time we used it, thanks to our rural setting, the person was someone I knew, which was great.”

The extent to which the rural pharmacy has stepped-up during the pandemic has not gone unrecognised.

“Pharmacists have done a fantastic and essential job,” says David Davis MP for the rural constituency of Haltemprice and Howden.

“During the worst of the crisis my doctors have, quite properly, been doing everything from distance. I’ve had a conversation with them on the telephone but not seen them. But you always had face-to-face interaction with your pharmacist; literally as a drop-in service where you’ve got a group of qualified people who are effectively always on tap.”

Indeed, Davis’ admiration for the community pharmacist is such that he hopes they will take on greater responsibilities.

“In the future they are going to have a bigger and bigger part in community medical support,” he says. “Just imagine for a second if there’s another wave of the pandemic – what happens then? Perhaps the pharmacist will be taking people’s temperatures or asking them into the appointment room to have a test. They are very much at the cutting edge; the interactive forefront of what medicine would be in the future.”

Nick Kaye, vice-chair of the NPA, says: “I agree we could do a lot more and how we deliver that with a robust funding envelope is really important. The pandemic has shown us that everyone has to work at the top of their game and, as normality returns, secondary care is going to struggle to meet the capacity of delayed bits and pieces, so our local pharmacies can then be working to help assist the system.”

“We stepped up to the plate and delivered really quickly,” adds Simon. “But we’ve not been involved in emergency planning prior to the crisis in a full and complete way.

“We need to get our message across to NHS England, Public Health England and the health commissioners that it’s vitally important to engage the pharmacy profession at an early stage in the planning for these kinds
of situations.”

Far from struggling to maintain services in a remote location, Simon’s recent experiences suggest co-operation has frequently triumphed over any kind of isolation.

“I never feel isolated professionally because I have so many ways to contact people,” he says.

“We have got all the formal networks, such as Community Pharmacy Cumbria, which has been really supportive, and a strong network of WhatsApp groups for the independents and a Zoom group I’m on a couple of times a week. I’ve always got someone to speak to.”

This even extends to closer at home, he says. “My wife is a nurse in a local GP practice and the GPs are friends socially,” he says.

“It might be a rural thing but it’s all about the proximity and knowing people. Also, during the crisis we had optical situations and dental emergencies to deal with.

“The dental ones were a bit trickier, as the dentists were just not there, but I had the advantage with the optical because my daughter is an optometrist! So at least I could ring her up and get some advice.”