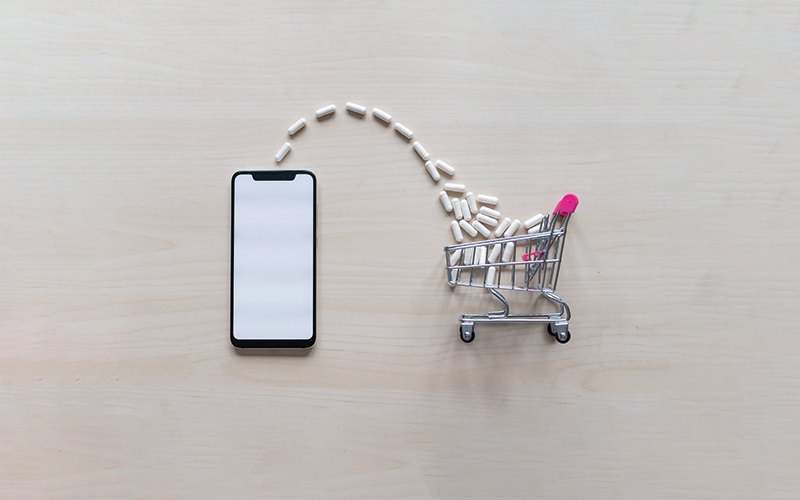 A leading delivery-tracking app for pharmacies has been substantially boosted to help teams monitor any task in the pharmacy.

Originally designed for pharmacies who run their own delivery service, Pro Delivery Manager (PDM) enabled pharmacies to improve the efficiency of their local delivery service by monitoring GPS and providing an audit trail for the pharmacy.

It has now evolved to benefit pharmacies further, by becoming a tracking app for all tasks inside the pharmacy, not just deliveries.

Developed by Gary Jones, the owner of an independent pharmacy in Aberystwyth, Wales, the new version of PDM has had 148 tweaks and upgrades to make it a more rounded user experience for pharmacy teams.

“I started PDM in 2014 when smartphones were just starting,” explains Gary. “Within a couple of years we developed a new version that was available commercially and is still being used today,” he says.

“In the world of technology, four years is a long period. During the first couple of years of running PDM, we set up a suggestion box, allowing pharmacies to vote on what upgrades they required.”

As the landscape of community pharmacies was changing “from supply to services”, Gary says there was a need to create something that would help pharmacy teams accommodate this.

“It became apparent that users were asking for more flexibility in the product. The main feature in the new PDM, therefore, is a multiple-task system enabling the pharmacy not only to schedule deliveries but also collections or any task that needs to be carried out in the pharmacy. We have made layout similar to the previous version to make it a seamless experience for users.”

Other key features in the new version of PDM include the ability to create a sequence of tasks that instructs the delivery driver to collect scripts from the surgery or pharmacy and deliver to a hub, then collect from the hub and deliver back to the pharmacy or directly to the patient.

Sunil Patel from Hollowoods Chemist in Manchester says PDM has really helped them. He says: “As pharmacy is going through tough times we needed do increase the efficiency of our operations so with route-planning technology built into PDM it certainly made us very efficient.

“Real-time tracking is really important for our pharmacy teams. Inspectors will also be impressed, because you have an end-to-end audit trail of where a prescription has gone and how it’s been delivered.”

Simon Tebbutt, Head of Membership at the NPA said: “The team at the NPA is closely involved with the development and the day-to-day support of PDM. This has helped shape the product. We are always listening to members and customers to help ensure it will be fit for the future as well.”

NPA members will receive £10 off their monthly PDM bill compared with the standard price. To find out more, visit: www.npa.co.uk/business-support/pdm