England’s oldest pharmacy is steeped in history, having been an important part of the lives of the people of Burford, Oxfordshire, since 1734.

Originally a village public house, the building was leased as an apothecary providing locals with medicinal remedies.

Since then Reavley Chemist has matured through the centuries to establish itself as an important health care facility treasured by the local Cotswold community.

“I feel privileged to have taken on this historic chemist,” says Ben Tuffour, the current owner of Reavley Chemist.

A qualified pharmacist himself, Ben, with the support of his wife Ivy, already runs pharmacies in Essex, Suffolk and London, as part of the Tuffour Pharm Group.

The historic Chemist was acquired by the Tuffour family following the retirement of former owner Cedric Reavley in 2019.

Ben says: “I wanted to give our family business a solid, recognised base within the pharmaceutical industry and believed that the rich heritage of this pharmacy would support this ambition.”

Ben, who has previously worked with major high street chemists as well as local village and GP pharmacies, regards Reavley Chemist as a “national treasure” and “iconic monument”. While he hopes to bring fresh ideas to the table. Ben is keen on retaining and preserving the pharmacy’s heritage.

“I am aware that owning the oldest chemist in England is something of a responsibility. It is very much my family’s vision to preserve and share the fascinating archives of apothecary history for future generations and, indeed, for whoever manages the chemist in the future.

“I aim to bring fresh ideas to the chemist whilst embracing the best medicinal innovation and knowledge, acquired and recorded over the centuries within the community.” 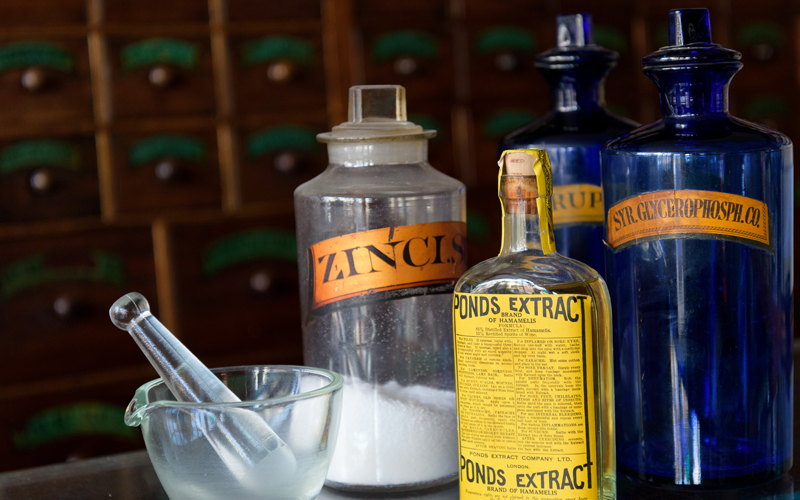 Being around for such a long time does bring about many benefits but it doesn’t shield the pharmacy from sector-wide funding issues. Ben admits that community pharmacy has had challenges in recent years, but he remains positive.

“We have stayed optimistic and have introduced a range of measures to ensure that we stay open,” explains Ben.

“We recently launched our Cotswolds Private Clinic offering our patients convenience of NHS services which help free up GP’s time. We have increased our traditional remedies range and also introduced our own souvenir gift collection as well as launching private tours.”

Ben believes the advantage of “being open seven days a week plus bank holidays” is ideal for the community it serves, who otherwise might have to wait long periods before being given advice, treatment or a referral to the GP.

He says: “Reavley Chemist is an essential support for the local community as well as for passing tourists and travellers in more usual times.

“Naturally, we have been on hand throughout the last year to offer advice, reassurance and support for locals as always, but this has been particularly important since the pandemic began.”

Ben says 2020 has been an “overwhelming” and “unpredictable” year for him but is reassured to have the NPA at his side.

“It is a comfort, both personally as a business owner and also as a member of our team, to know that the NPA will support us with any issues we may face.

“It is reassuring to have such a wealth of expertise on hand, especially during this past, highly unpredictable year when demands from customers, staff and indeed the industry as a whole have been, at times, overwhelming. We are glad and relieved to have such support available.”