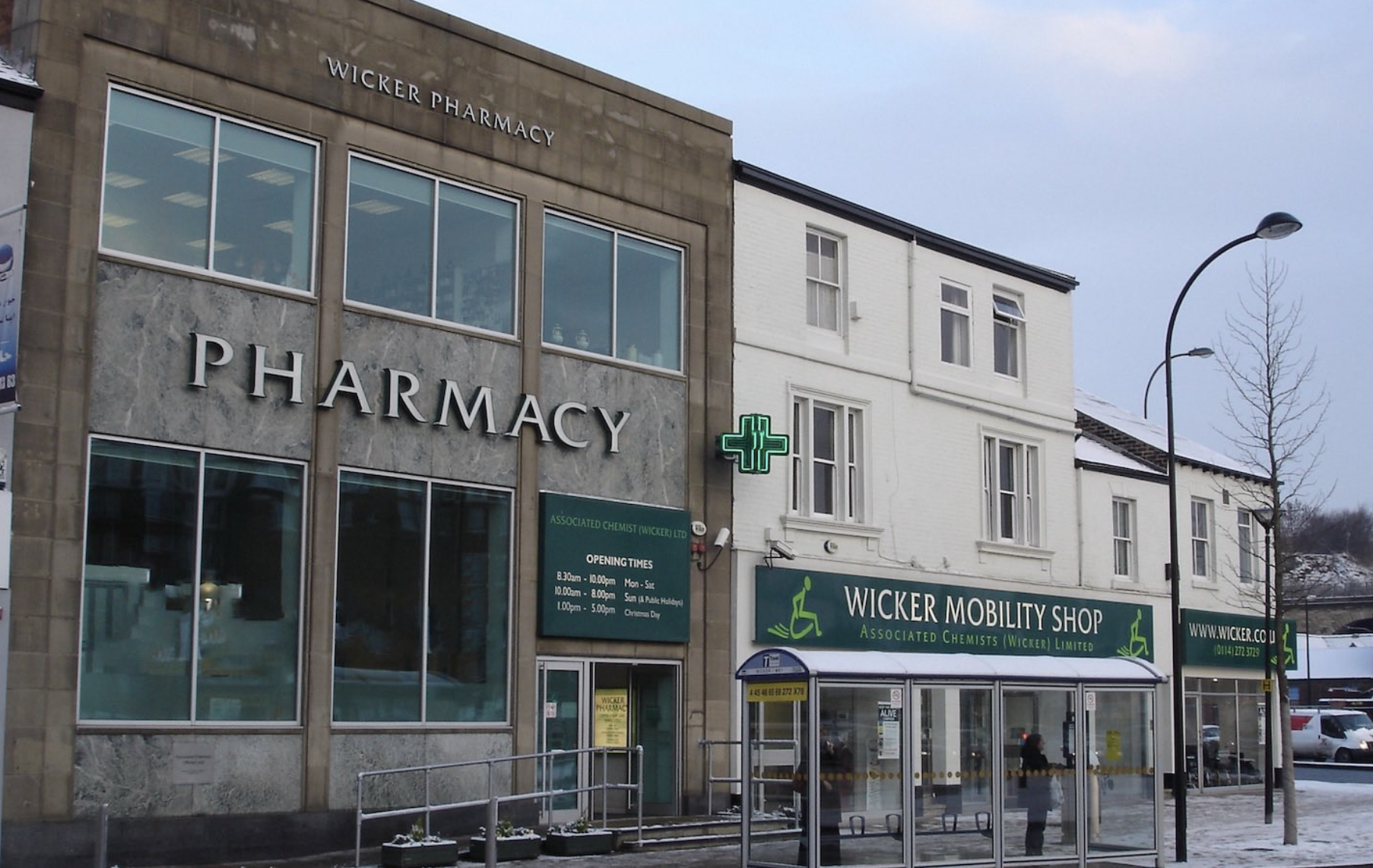 Wicker Pharmacy, which has opened its doors every day since first opening in 1952, marked its 70th anniversary in January.

The Sheffield based pharmacy and NPA member, pioneered the idea of a pharmacy staying open until 10pm Monday to Saturday and until 8pm on Sundays and Bank Holidays.

The company was first formed by a small group of independent pharmacists in 1951, as Associated Chemists Ltd, to provide the people of Sheffield with an extended hours pharmacy service.

Other “Associated Chemists” were developed around the country – in Newcastle, Leeds, Birkenhead, Birmingham and Stockport. They all launched their own versions, but most later disappeared as city centres were redeveloped in the post-war era.

The services provided at Wicker Pharmacy have expanded over the years and the pharmacy won a number of national awards in recognition for its work. It was also the first pharmacy in the country to be rated as “excellent” by the pharmacy regulator.

The pharmacy has 60 staff and expanded the premises which now covers numbers 55-67 in its street. It has survived a fire, a flood, and a pandemic!

Chairman, Martin Bennett, who has been part of the pharmacy since 1973, said: “It’s a fantastic achievement to have been open everyday for 70 years and thanks must go to all our staff and our shareholders, both present and past, for providing that service and for constantly striving to improve what we offer.

“Those involved back in 1952 would be truly amazed to see how pharmacy has developed from small scale manufacturing of mixtures, ointments and powders to current practice where computers and robots are the order of the day, while pharmacists and their teams develop more and more clinical skills. The fact that the Wicker Pharmacy has provided over 25,000 Covid vaccinations in the last eight months would have been mind-blowing to the original shareholders, along with the achievement of dispensing over 10 million prescriptions since the pharmacy opened.”

He added: “Three things have remained the same throughout our 70 years - the position of the pharmacy on “The Wicker”, the fact that the pharmacy is open extended hours every day and that all-pervading company ethos to provide the best possible service to patients. Long may they all continue.”

As part of the NPA's centenary celebrations, Wicker Pharmacy told InPharmacy about their life and times in community pharmacy. Read it here.